You know how there are those horror fans who will go on and on about how the best horror comes from what you don't see, and that psychological dread will always trump blood and guts? Yeah, I'm one of those guys. Don't get me wrong, I have no problem with gore, but I'll take the gothic over the macabre any day of the week, and I've always been more Poe/Lovecraft than King/Barker.

And when it comes to subtle, psychological horror, the most effective movies have always involved ghosts--particularly the ultimate distillation of that particular subgenre: the haunted house movie. Because we're dealing with the supernatural in its most ethereal, mysterious and non-corporeal form, it's hard to pull off a good ghost story. There aren't always a lot of bells and whistles, but the payoff is always worth it.

Many of my all-time favorite horror films are in the tried-and-true haunted house category. They've thrilled me, chilled me, and made me think twice about sleeping with the lights off. Here are a few of the very best... 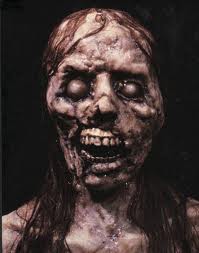 10. Ghost Story (1981)
Largely underrated chiller featuring future Borg Queen Alice Krige as the spirit of a hot young chippie terrorizing a group of septuagenarians who accidentally killed her back in the 1920s. While not technically a “Haunted House” tale since the activities transcend location, it hits many of the familiar tropes, and hits them well. It also features the great Fred Astaire in his final role—although sadly, he doesn’t dance. Based on the 1979 novel by Peter Straub.

9. Poltergeist (1982)
Easily one of the most financially successful horror flicks of all time, this one had the backing of Steven Spielberg, and a “summer blockbuster” feel. And although the spectacle and Spielberg touch do soften the scares just a bit, there’s enough creepiness and genuine terror in there (courtesy of director Tobe Hooper) to get the job done. I particularly enjoy how the movie really gets at some primal fears and exploits them to great effect (see: Clown Toy and Face Ripping Scene). 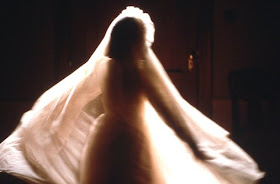 8. The Others (2001)
The good old-fashioned ghost story gets ushered into the 21st century with this Shyamalan-esque (back when that was a good thing) period piece. The look and feel are rich and foreboding, generating an atmosphere of creeping dread. Plus, you’re not entirely sure of the nature of what you’re seeing until the final reel—and even if you see it coming, it’s one hell of an ending. (See my illustrious son’s movie blog for his own review of the film!) 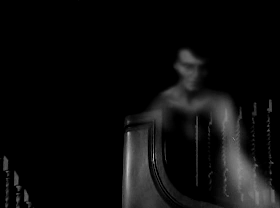 7. The Uninvited (1944)
For years, this film was mystifyingly unavailable on DVD—but thankfully that situation has recently changed. In many ways, this movie became the prototype for the classic haunted house film—a mansion on a cliff; a deep, dark secret; plenty of things that go bump in the night… Plus, it even spawned a great standard: “Stella By Starlight”! Beautiful, funny and frightening at the same time.

6. Beetlejuice (1987)
Back when Michael Keaton used to exist, he was known for some memorable roles—but this one might be his greatest (Flying Mouse Guy notwithstanding). Birthed from the addled mind of Tim Burton, this was really the flick that set the course for the young director’s career, and became one of the greatest horror comedies of all time. Worth it for seeing Dick Cavett dance to the Banana Boat song, and catching Alec Baldwin before he mutated into a different person. 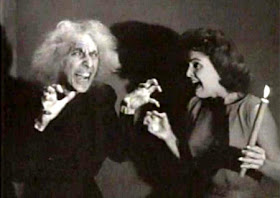 5. House on Haunted Hill (1959)
Another one that stretches the definition of a haunted house film (I won’t spoil it for the newbies), but no list of this kind would be complete without it. Both producer William Castle and star Vincent Price are in top form here, and the result is one of the most rip-roaringly fun horror flicks of the Eisenhower era. I never get tired of the way this movie deconstructs the entire sub-genre with such glee. Plus, it happens to be my daughter Zombelina’s favorite movie (though she seems to be gravitating more toward Drag Me to Hell recently…) 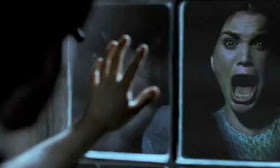 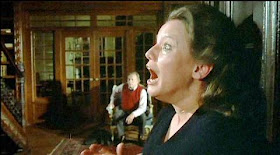 3. The Changeling (1980)
A personal favorite of mine, and one the virtues of which I’ve been extolling for years. George C. Scott is superb (when is he not?) as a reclusive widower being stalked by the ghost of a murdered child. Perhaps it was because I first saw this at such a young age, but the sheer terror it inspired in me never truly left. One of the most restrained yet powerful horror films I have ever seen, and must-see viewing for any fan of ghost stories. 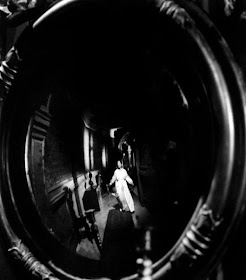 2. The Haunting (1963)
Speaking of restrained yet powerful, this stellar adaptation of Shirley Jackson’s 1959 novel The Haunting of Hill House. Robert Wise pulls off such a fine job that the experience of watching this film is almost like that of actually reading a really great haunted house story. There are moments in this film that have frightened me more than anything I’ve ever seen in any other horror film. The ultimate “pure” haunted house film. Plus, you get to see Richard Johnson pre-Zombi 2, before he got all sweaty and hairy.

And the number one haunted house movie of all time…

1. The Shining (1980)
This film is so stylized and surreal (like almost all Kubrick’s work), that you almost forget what you’re watching at times: An absolutely incredible haunted house movie. In this case, the house is the Overlook Hotel—and the haunting is of a nature that is never fully explained, although we know it has something to do with Native American burial ground and some very long-staying guests from the 1920s. One of, if not the greatest horror film of all time, and a masterpiece that never loses a bit of its power. Stephen King may have hated it, but what does he know—he once attacked a car with a chainsaw. This is supernatural terror at its absolute zenith. 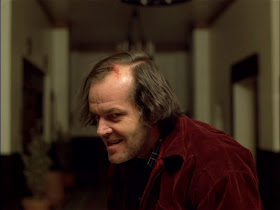